WE ran into Riley contemplating the sights and sounds of the La Jolla Cove.  The Cove is our usual end point for a stroll along the coast, and before heading into town for cocktail hour we asked Riley about her Good Life concept.

“WHAT’S YOUR CONCEPT OF THE GOOD LIFE?”

“To me the good life comes from simplicity, art, music…and having a good attitude no matter what.” 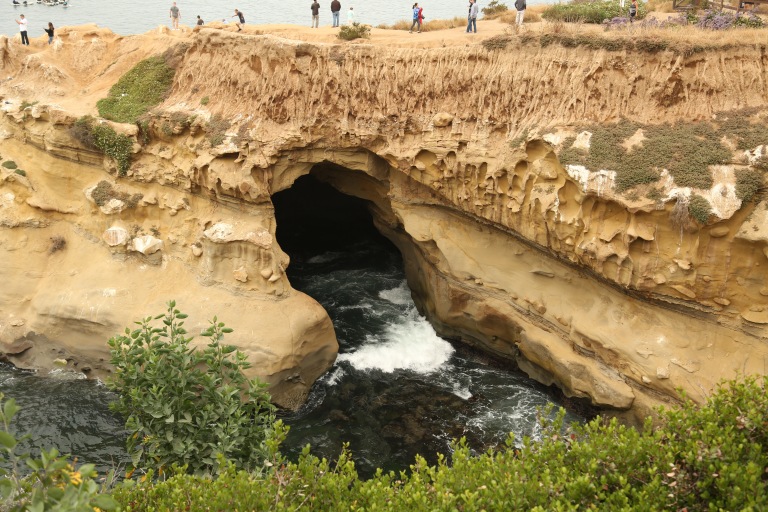 THE indigenous people called this area “mat kulaaxuuy”, which means “land of holes”, and the La Jolla cove is a popular attraction that shows the original people knew what they were talking about.  It’s definitely worth paying the couple bucks to descend the steep climb down into the cove itself for a seal’s eye view.  Tickets and the entrance are inside the Cave Curio Shop above the cove itself (claustrophobics should sit this one out).