IF some authentic Mexican food isn’t enough to lure you south of the border, “craft” mexican food and drink spots are popping up rapidly in Tijuana.  Artisanal beer and food to accompany it have been creeping down from San Diego, and the scene is starting to come into its own…unbeknownst to anyone else.  Of course, there are plenty of good, old school Mexican spots, with one little known stand out.

Perhaps only surpassed by the burger, the Caesar salad seems to be the most ubiquitous menu item across the USA; certainly the most popular “healthy” option* .  But did you know it was invented in Tijuana?  Si señor.  The story goes thusly; Italian-American Restauranteur, Caesar Cardini, invented the Caesar salad on the 4th of July weekend, 1924, at his second restaurant in Tijuana.  He had opened the spot to attract thirsty Americans during Prohibition, and on this occasion he ran out of most of his ingredients.  Thinking on his feet, he threw together what he had on hand, served it table side to add some flair, and needless to say it’s taken off.

On your next trip to TJ, you can still go to Hotel Caesar’s to get the full experience.  Our mesero even taught Daniela how to put together the perfect Caesar salad with the original recipe!

(* not science just our guess, but send comments if you think we’re wrong!) 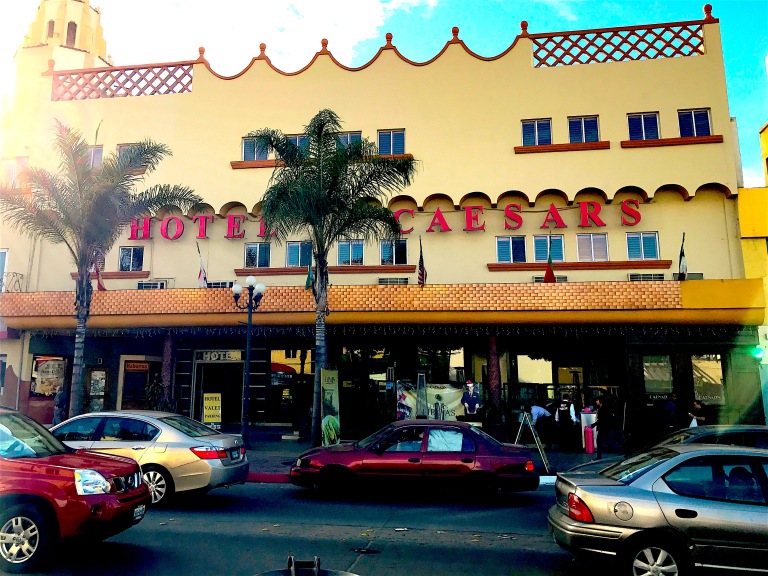 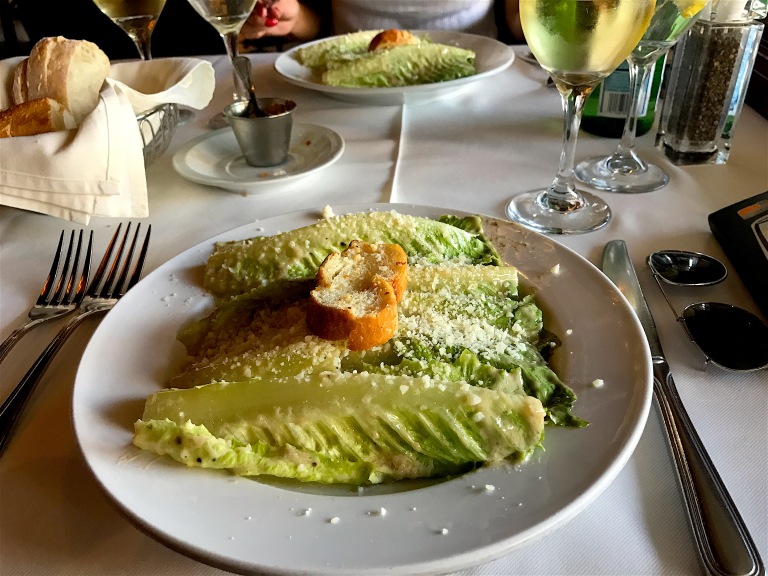 THE recent history of Tijuana isn’t just about salads.  Tijuana isn’t much different than other Prohibition-era destinations time has forgot.  Back in the day politicians, gangsters and navy personnel would hop across the border where it was still legal to get crunk on the alcohol prohibited in the states.  Mid-20th Century the government of Mexico banned some of the vices popular with the gringos, and there was an effort to make the place more family friendly, but Tijuana retained a reputation for hedonism.  Given a different set of circumstances (without the narcoterrorism of the early 2000’s) Tijuana could’ve ended up like other more revered/pitied destinations like Reno, Las Vegas or Havana.

A perfect example of TJ’s fairly glitzy past still stands in the Jai Alai building.  The arena nicknamed El Foro was built in 1947, and drew in droves of spectators from all over North America to take in the sport of jai alai that was imported from Spain and all the rage mid century.  By 2002 the joint was all but abandoned and in disrepair, but it was recently re-opened as a performance space, and retains the renovated original facade. 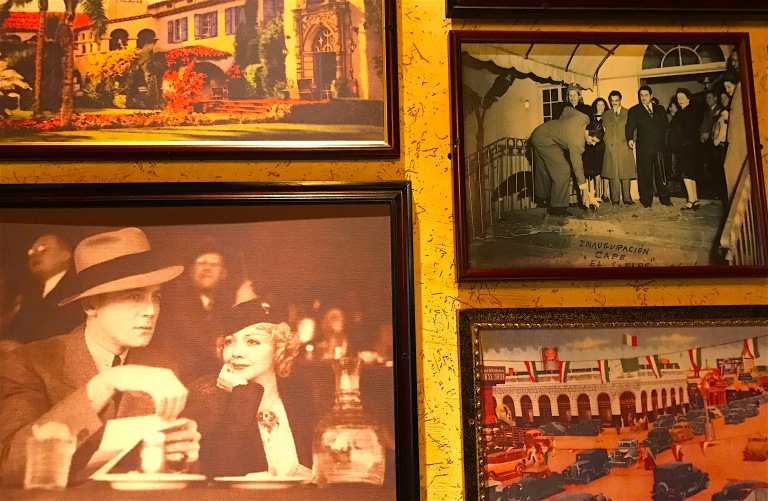 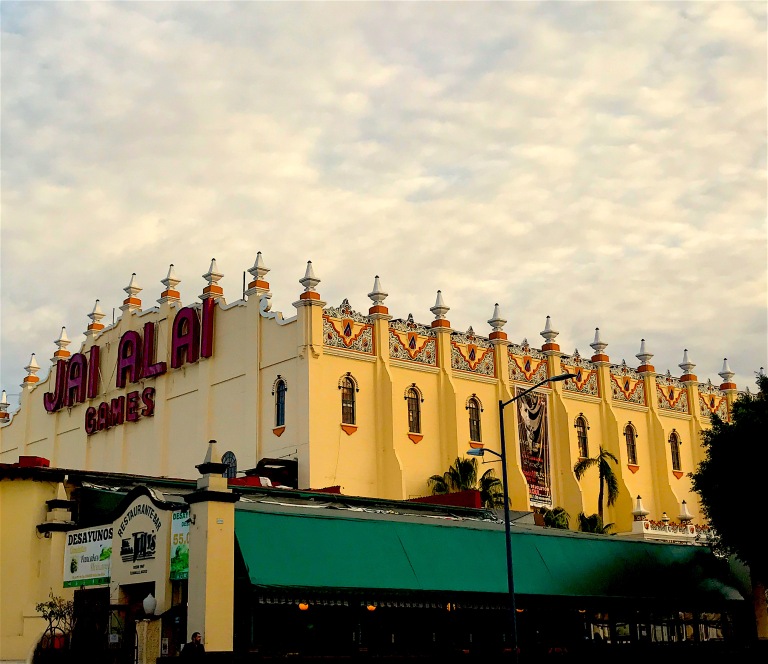 A few years back was when the transformation began in earnest in Tijuana.  One night along Avenida Revolución, artists and students began painting over the shuttered store fronts along the abandoned strip.  Now that the tourists were gone, most of the stores had closed, and Tijuana (like much of the Mexican border) was further thrusted into economic turmoil.  The movement that started on Avenida Revolución that night was trying to remind Tijuanenses culture still existed here, and that they didn’t need rely on dollars from the north to define thenselves.

Besides various art galleries around, a great place to get some culture while you’re in town is the Centro Cultural.  There’s a multi-level permanent display that literally has you walking through the history of Baja California.  When we were there, we also found an exhibit on pulque (a traditional alcoholic drink of fermented maguey), as well as some local modern art.

COME on, is there any other reason you need?  It’s close, it’s safer these days, and you can get a quick fix of la vida Mexicana.  It’s the gateway to the beautiful Baja California coast, and 20 minutes away from downtown San Diego.  If you’re visiting southern California you don’t have to go find the “most authentic Mexican food”, you could literally just go to Mexico for lunch.  It’s international airport is also convenient hub for exploring Central and South America.

Look, although we do advocate giving Tijuana a shot, we’re not suggesting you start planning it as your next vacation destination.  We merely suggest if you’re in the area check it out.  We can guarantee an open minded and informed visit will change your concept of Tijuana, and empower you to experience a place that’s worth rediscovering. 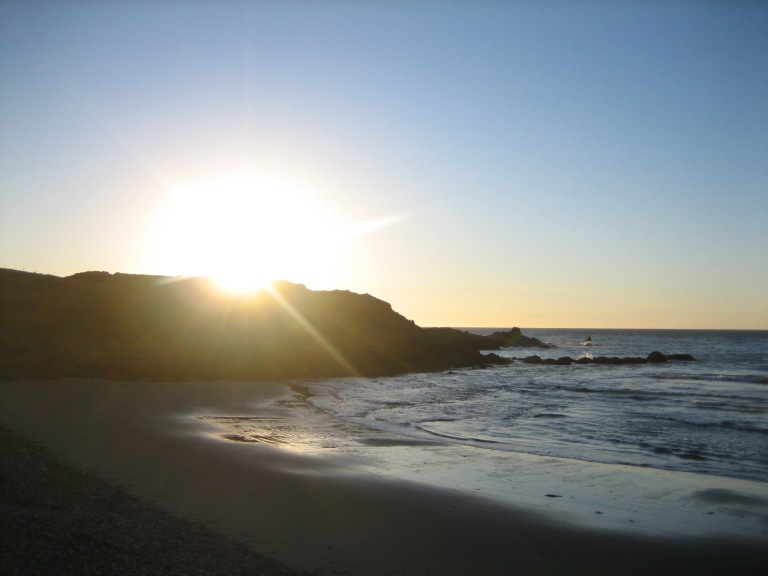