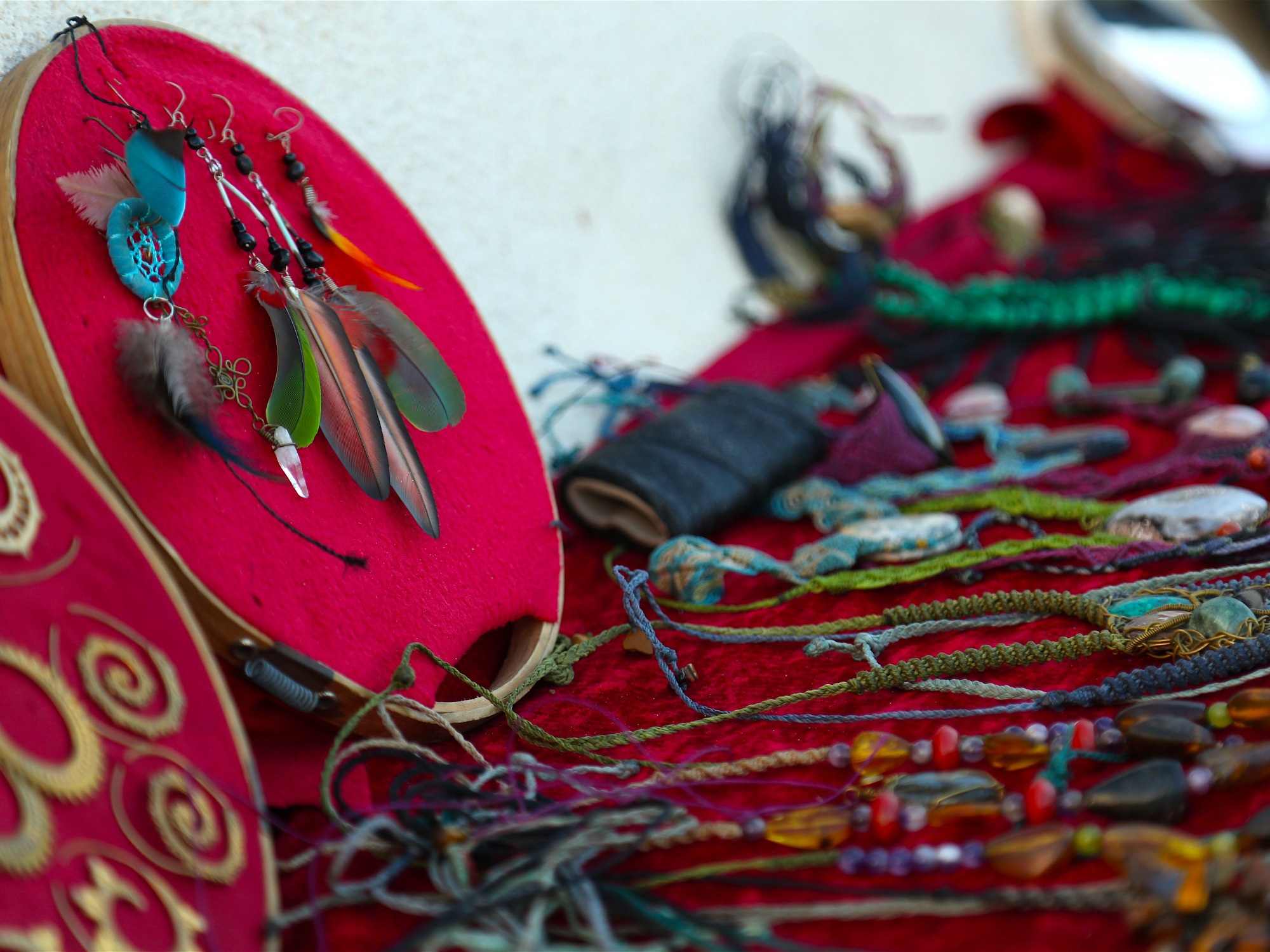 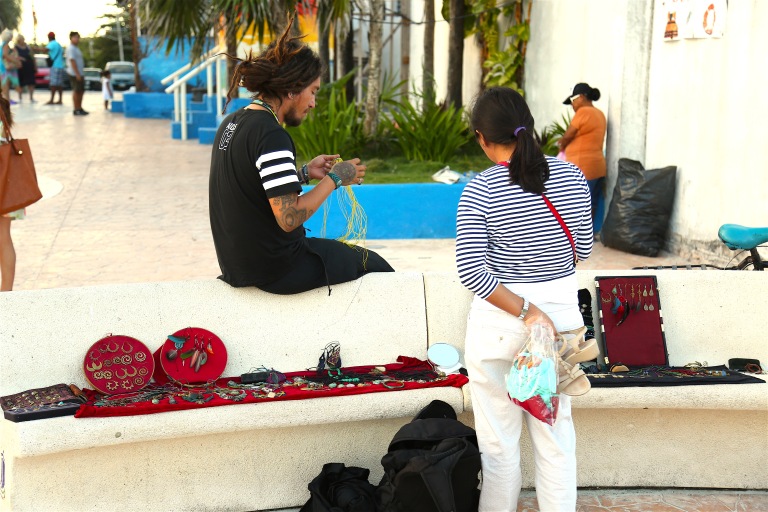 ON a recent stop in a favorite hidden gem of ours, Puerto Morelos, we struck up a conversation with Balam.  He walks the beaches and center square, offering his hand crafted jewelry for sale.  Balam (which translates from Mayan to jaguar), seemed to have a pretty good life so we wanted to hear what his thoughts were on the Good Life. 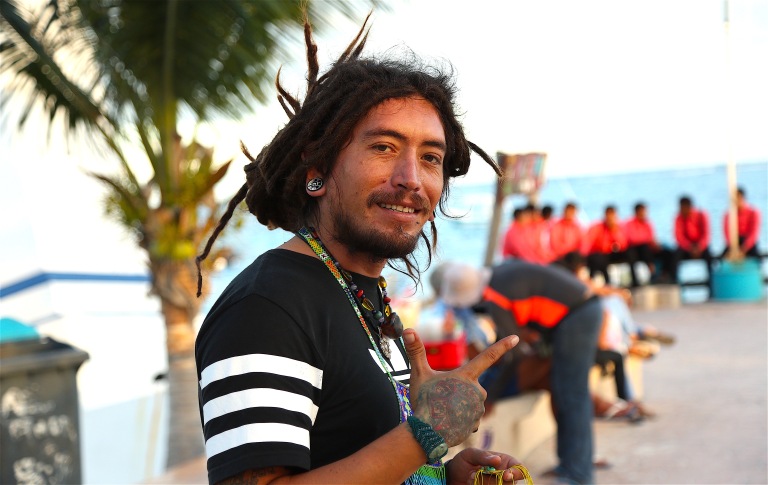 WHAT’S YOUR CONCEPT OF THE GOOD LIFE?

The Good Life?  Health.  Family.  Liberty.  Goodness.  Friends.  All these things are part of the Good Life.  I lived in Mexico City before and it’s hard, you’re in a constant fight. Here we live without judgement, with more freedom and tranquility. Here the life is better.”

PUERTO MORELOS, with it’s curious leaning lighthouse, retains a chill vibe even though it’s sandwiched between Cancun and Playa del Carmen.  Since the turn of the century, and up until 2002, Puerto Morelos was the main shipping port for the area, but these days it’s back to its sleepy fishing village roots.  It had been almost a decade since we’d been there last, and we’re happy to say (although there is a significant expat population), the town remains a relaxing little known gem.
So don’t tell anyone ok.

We’ve been a little distracted here at GLC lately, but feels good to get back at it with our new team member. #dplusaplusv #newyorktimestravelshow #youngtravelers #familytravel
It was hard to leave Guanajuato but we had the excitement of finding the super cool San Miguel de Allende everyone talks about. Blame the weather or the allergy episode but the whole experience wasn’t what we were expecting. Whole story here. Link in bio. #thegoodlife #sanmigueldeallende #mexico #travel #food #adventure #photography
Here’s Maite. “THE GOOD LIFE IS TO HAVE A BALANCED LIFE. DO THE THINGS YOU LIKE COMBINED WITH YOUR RESPONSIBILITIES.” Link in bio. #thegoodlife #nyc #nychalfmarathon #photography #portraits