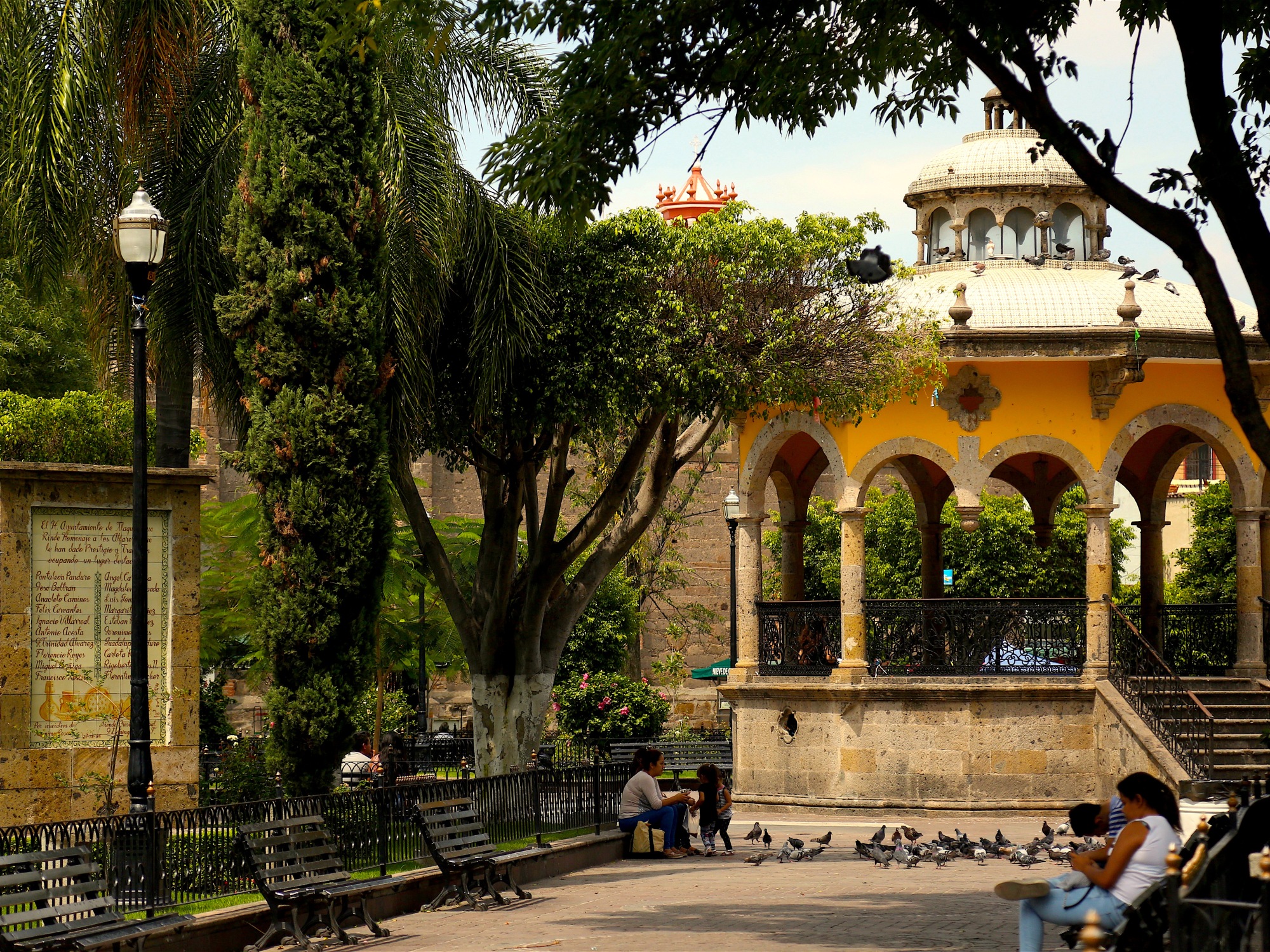 WE were on the home stretch.  Half of our Mexican escapade was complete, and now we were boomeranging back around for our return to Mexico City.  Ostensively, Guadalajara was a quick transitional stop for just two days, but in a city with such cultural, historical and culinary weight we made sure we soaked in as much as possible.

Our pick for accommodation was chosen mostly for it’s affordable price, and central location (to historic district), but turned out to be a treat in itself.  The stately Hotel Morelos in all it’s colonial glory dates back to the late 1800s, and at it’s peak was a hot spot for the rich and famous during Mexico’s Golden era of film.  After a few decades of neglect, and a recent renovation, the place is cozy, convenient and you can still feel the likes of Jorge Negrete, Pedro Infante or Maria Felix drinking at the bar. 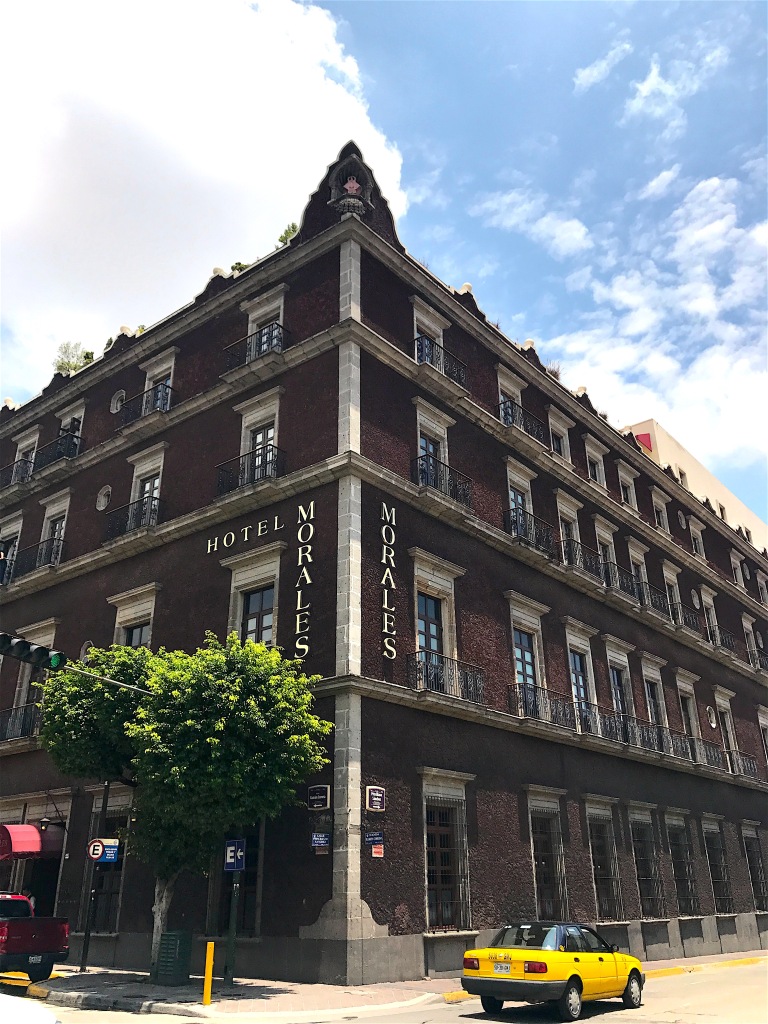 WE dropped our stuff and walked into the city with absolutely no bearings or destinations, but a hunger for comida jalisciense (the food of Jalisco state).  We wandered around the historic district and beyond, but couldn’t seem to find anything that was calling our name.  We wanted real-deal region treats but kept finding trendy wine bars fancy tapas joints.  Eventually we ended up on the large avenue Chapultepec, and we were about to settle for a sports bar (at least we could get a michelada), when we stumbled across La Gorda.  And thankfully so!  If you find yourself in Guadalajara and want some quick, local favorites go to La Gorda!  One of the specialties of the region is carne en su jugo (literally meat in it’s juice), and with some fresh tortillas to sop up said juice, it was a perfect meal to start our time in Jalisco. 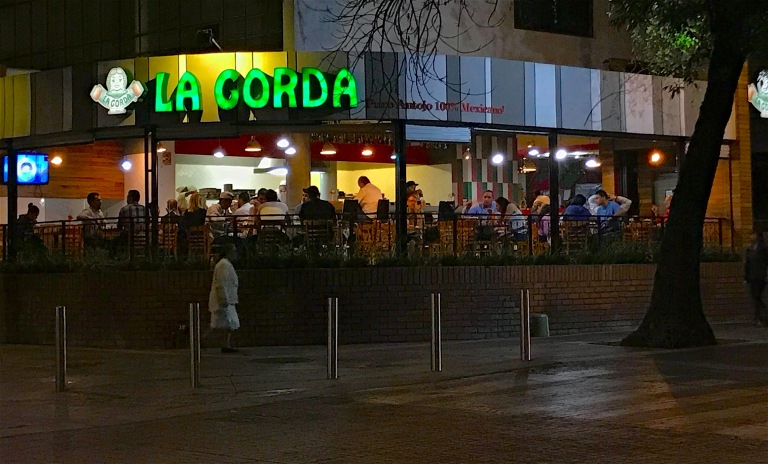 WHEN we got back to the hotel we took advantage of the lounge, and shot pool while sipping cocktails much like the 19th century elite must of during the Hotel Morelos’ glory days.  We even found a Spanish language Scrabble board.  Guess who won?

“What a cool, historic and classy place we stumbled across on the cheap!” a.

THE next day we escaped El Centro and visited the quirky borough of Tlaquepaque.  It took Adam almost the whole day to wrap his tongue around the pronunciation (say it with us, Tla-kay-pa-kay), but it was a delightfully bohemian break from the congested center of Guadalajara.

Avenida Revolución is a pedestrian only street that’s lined with funky shops selling antiques, artisanal hand crafts and custom furniture.  It’s a great place for a stroll, and honestly we preferred it to the central historic district.  Our next visit we’ll base ourselves in Tlaquepaque. 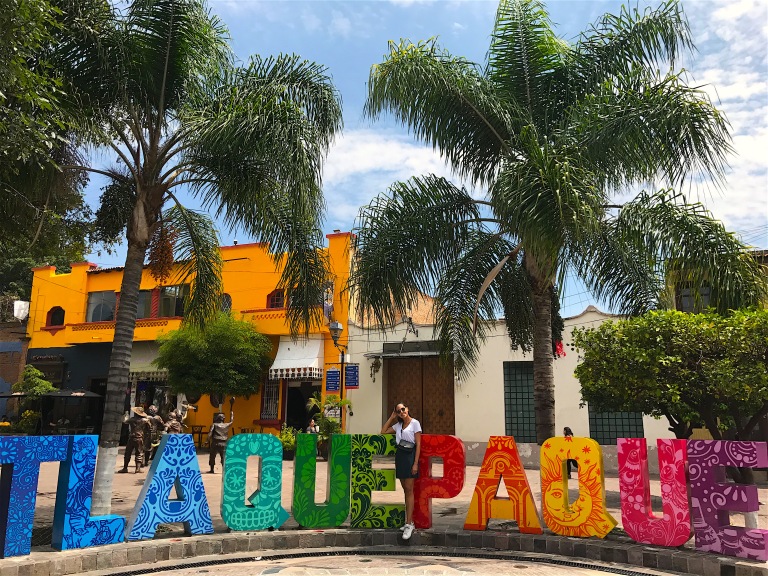 GUADALAJARA, and Jalisco in general, is known for being the birth place of the mariachi, and one of it’s epicenters is in the heart of Tlaquepaque.  El Párian is a corral of restaurants and cantinas around an open air stage.  Twice a day visitors are invited to grab a meal and/or tequila, and take in the extraordinary mariachi bands that rotate through performing.  It’s a sublime way to spend an afternoon in the land of the mariachi.

FOR dinner we opted for what seemed like another local favorite on the block of our hotel.  Judging by the line out the door when we arrived to the humble cocina, we were not wrong.  The original La Chata has been slanging the favorite dishes of Jalisco since 1942, and these days there are a couple locations.  We braved the line, and eventually gobbled up local delicacies like pozole, arrachera, and the holy grail of comida jalisciense- torta ahogado.

WE don’t think there would be much argument with the statement that the torta ahogado (literally drowned sandwich) is the king of Guadalajara cuisine.  New York has it’s pizza, Philly has it’s cheesesteaks, New Orleans has it’s po-boys and Guadalajara has the torta ahogado.  This devilish delight is unimpressive on paper, but the three components are way more than the sum of it’s parts.  Crusty bread (specifically birote), fried chunks of pork, and a fiery salsa to smother the whole damn thing.  The result is a flaming hot dance between crunchy, soft, unctuousness and palate cleansing spices.  Many napkins are recommended.

“The spice was perfect. Those were tears of joy I swear…” a.

THE next day we had a bus to catch, but Adam had a late breaking hankering for a pair of snazzy mariachi pants.  As we dashed out to hit up a couple of the traditional markets, we stopped an excellent cafe in the historic center.  La Flor de Córdoba has been around since 1938, and the espresso got us cruising, with a quality on par with any in Italy or Paris. 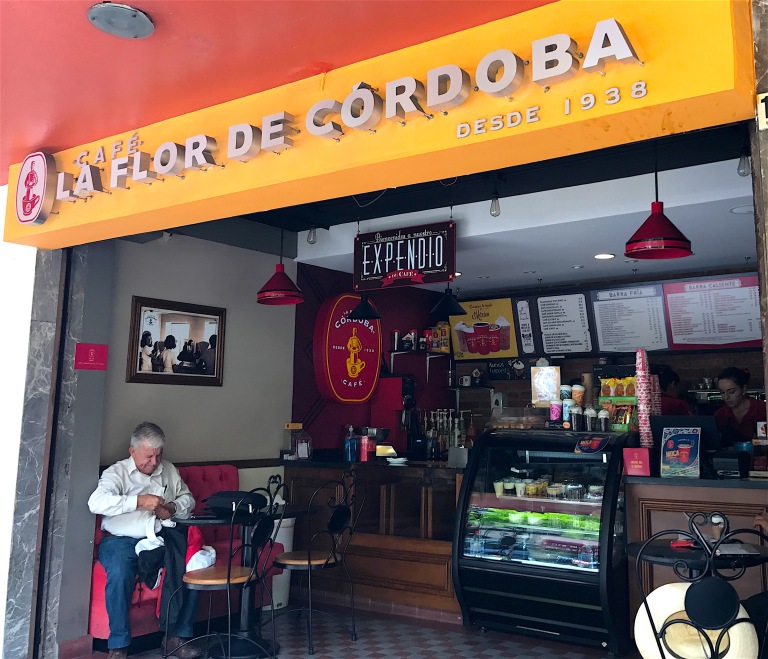 SADLY, we found that sick mariachi pants aren’t just a thing you can by at the market.  A true mariachi must custom design his pantalones.  When we finally found a mariachi gear vendor called El Charro, they sold us the botonadura (silver adornment to traditional mariachi garb), but alas Adam would have to find the pants and tailor to sew the 504 stitches back in the states.  Needless to say the botonadura is still in a bag in a drawer awaiting Adam to figure out how to complete this task….

“These pants are going to be fucking sick.  I’m wearing them to the next wedding.” a.

BOTONERDURA in hand, we dashed back to the bus station to catch our transport to the next stop; Guanajuato (pronounced “Wanna-huatoe”).  Guanajuato was a stop, completely unknown to Adam, and only vaguely recalled from school trips for Daniela- and although it was meant to be another quick waypoint as we made our way back to CDMX, it quickly became a highlight of the trip.