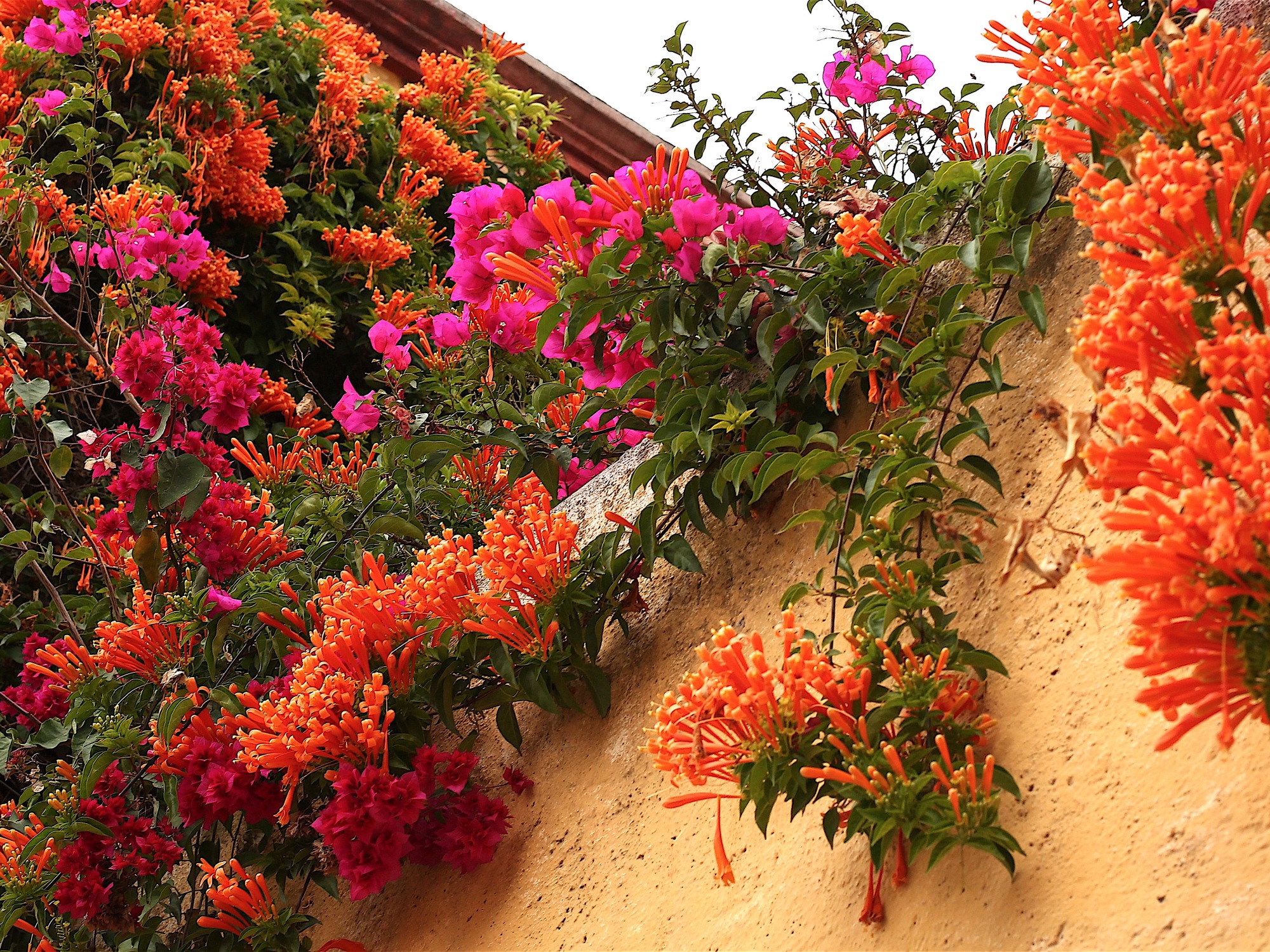 DON’T worry this post won’t take long.  If you’ve got stuff to do, trust us, you have time to skim through it.  Sadly, San Miguel de Allende did not wow us.  Granted, mostly for reasons beyond its control, but damn- no bueno.  It followed our surprise fave Guanajuato, the bar was set waaaaaayyyy high by various rankings as the “World’s Best” city to visit that year, and well…the explosive diarrhea didn’t help anything.

But we came in with spirits high.

AFTER cabbing it from the bus station we checked into our new flat.  By far the rose of this portion of the trip was the whimsically cozy two story apartment that would be our home here in San Miguel.  Debatably our best rental of the journey.  And luckily so, because we’d see a lot of it.  Link here. 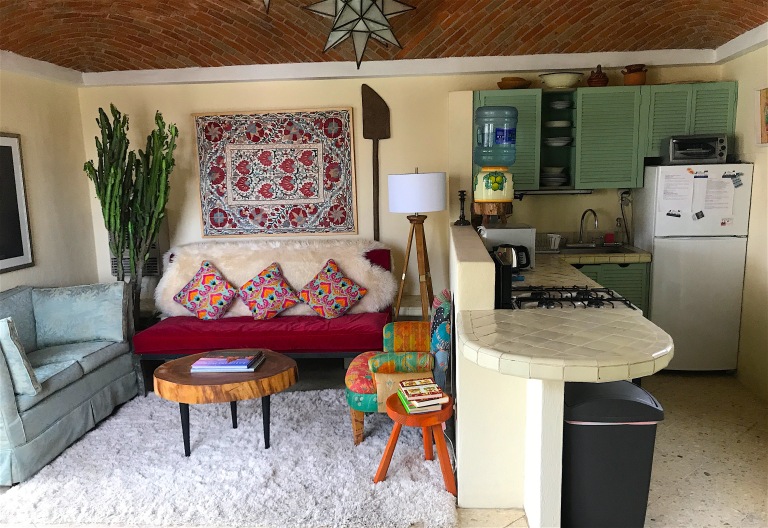 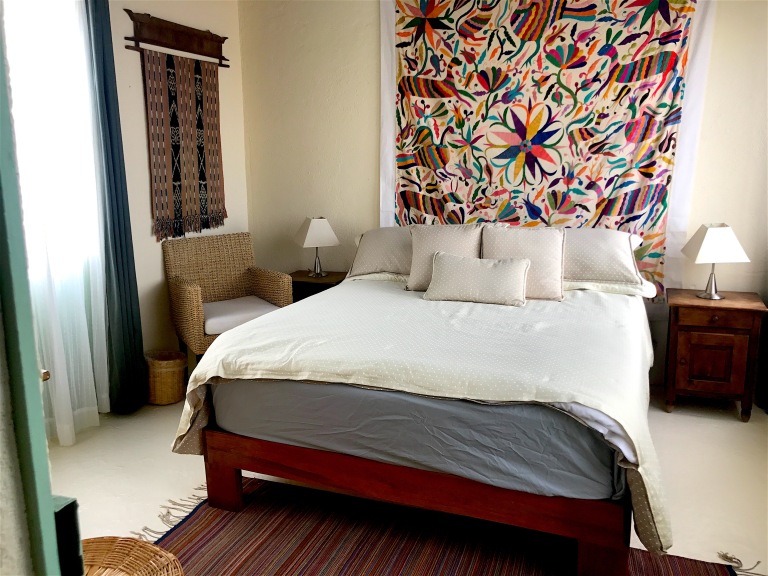 AFTER dropping our stuff, we set out to see what all the hype was about.  The streets were quiet as we climbed the cobbled streets toward the center square, and soon a blanket of low clouds brought a plummet in temperature.  We kept our feelers out for connection, but around every corner we failed to feel…soul.  The crown jewel of San Miguel is the quirkily contracted, somehow distort church; La Parroquia de San Miguel Arcángel.  Just as we reached the site, and found it closed for the day, the rain came down in buckets and we fled to the closest refuge….a Starbucks. 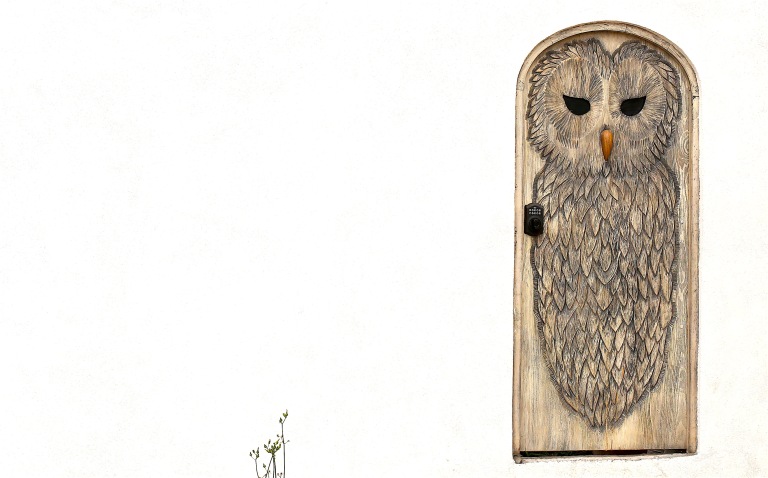 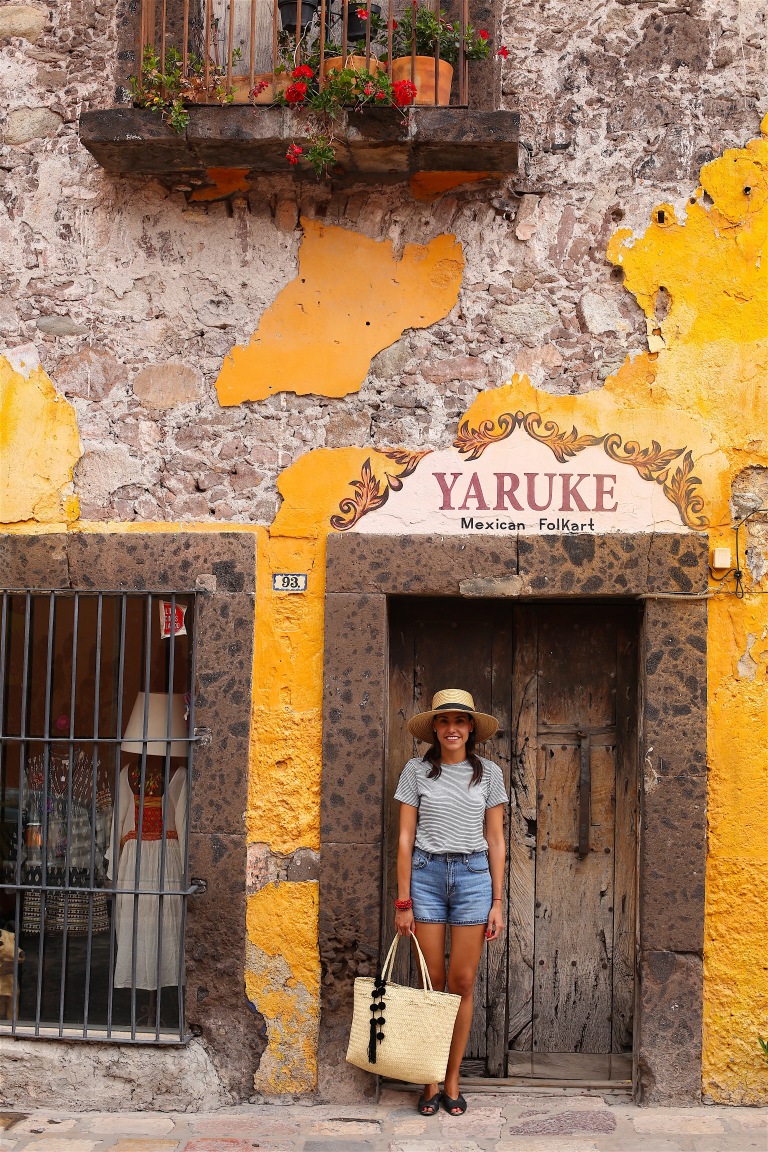 BESIDES the city itself, we had another piece of excitement here in SMdA.  Our oldest mutual friend, Pous, had been living in San Miguel for years, and we made plans to see him for the first time in almost a decade.  As our relationship was just getting started back in Cancun, Pous was our third partner in crime, and the three of us spent many a night rabble rousing around town. Tonight, we met him for dinner, but by the time we were ready to meet up most of the restaurants were closed (which seemed odd).  One of the only options left was a “New Orleans” style tourist trap called Harry’s.  Conversation was great, and the dinner seemed ok, but as we were about to leave, Adam noticed a red rash had flashed onto his hands and face.

“I didn’t want him to panic, but something seemed really wrong with his face.” d.

THE redness eventually passed, and we went out for some a few more drinks at the only other bar open in the area, but the highlight of the night was definitely the company…the town itself was dead!

THE next day was hell.  For Adam at least.  Never, ever, ever in two decades of traveling have he ever been this sick.  He’s eaten chicken hearts off the side of a dusty road in Thailand, drank homemade liquor sold out of a tent in Gatorade bottles Chiapas, even tried raw horse in Japan, and hadn’t gotten this hemmed up until eating the fish special at an “expat favorite” in San Miguel de Allende.  Not the town’s fault, not necessarily the restaurant’s fault (Daniela went to check and apparently the fish in question was corvina, but Adam has no knowledge of any allergies), but holy hell it did not help to lift our impressions of town.  And being that for the next 24 hours Adam couldn’t go more than 10 feet from a toilet, any sight-seeing to change our minds was out of the question.  We’ll spare you any more details.

“It was weird to be on the other side since I’m always the one with the bad episode!  I feel his pain…” d.

“Please make it stop!  I’ve had ‘funky stomach’ before, but this is awful!” a.

THE next day, after a battery of over the counter products promising blessed costiveness, we ventured stubbornly out to see something.  The rain that had continued for most of the last 36 hours had let up a touch, so we decided to head out of town.  We plotted a course to the historic town of Dolores Hidalgo, with a stop off at some local hot springs along the way.

Although the weather remained gray, with rain on and off, the stop at the hot spring complex called La Gruta was well worth it.  The place can get packed, so maybe the dreary weather helped keep the place relatively empty.  Situated in a lush oasis, the location has various pools with different temperatures to dip into, including the namesake grotto, as well as a temazcal, restaurant and spa.

AFTER a good soak, we walked back to the main highway and flagged down a bus to Dolores Hidalgo.  Quick bit of history-  according to legend, Mexico’s independence from Spain began on September 16th, 1810 in front of a church in a little town called Dolores when the local priest Miguel Hidalgo called to his parish to unite and rebel against colonial rule.  The act, now known as El Grito de Dolores (The Cry of Dolores), is recreated every September 16th which is celebrated as Mexico’s Independence Day.  The dreary weather continued to follow us, and the church itself was covered in scaffolding, but we had a tasty lunch the historic, although far past its prime, Posada Cocomacán.

AFTER the 45 minute bus ride we were back in San Miguel de Allende, but by the time we showered, changed and hit the town…..everything was already shuttered.  Another fail.  We ended up having an awful meal with even awfuller service (making up that word just for this place) at a tourist trap next to the center square.  At this point we were pretty much over San Miguel de Allende we must admit.  Maybe one day we’ll give it another shot and see what all the hype is about, but at this point we were super excited to GTFO and return to Mexico City.

“Such a dissapointment San Miguel…” d.

“I can’t wait to move on…but definitely hope there’s a bathroom on the bus.” a.