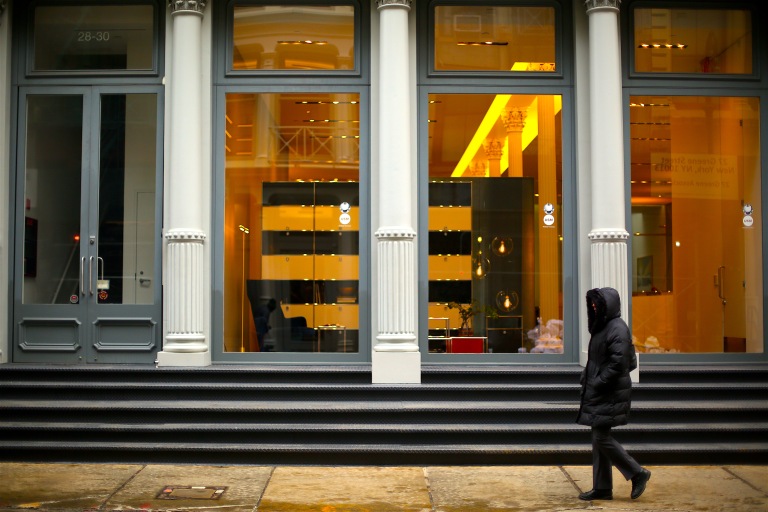 SITTING on one of those iconic metal steps outside the galleries and shops of Soho, we ran into Julian seemingly staring off into space.  Sadly he ended up shying out of our request for a traditional portrait, but requested an “artistic” one while walking past some nearby graffiti.  Normally this encounter would be relegated to our large bin of rejections, but his answer was so unique we wanted to share his thoughts.

WHAT’S YOUR CONCEPT OF THE GOOD LIFE?

“The Good Life is a tiny bit of immortality.  Having some kind of permanence…people after you talking about you.  Like this screw.  To be on some building covered up and forgotten, but 30 years later and having some kid hanging around to check you out.”

THIS is the screw he was staring at reverently (seen above as best as we could captureit- location Wooster St just north of Broome; east side).  You can barely see it with the naked eye, but once Julian finally clued us in it was moving how devoutly he spoke of this faded piece of all but forgotten street art.  As he explained, the artist is Barry McGee (his tagging handle was Twist but nowadays he’s a “proper painter”).  Julian’s mom first took him to see it decades ago on a trip to New York from San Fran, telling a young Julian that the artist who put the picture on the wall came from their home town.  The moment stuck with Julian, but a few years later a building was erected and covered it up.  Now on a visit back to NYC, and seeing the building covering it had since been demolished, he clearly felt a soulful re-connection to the site.